Volunteer firefighters respond to station as soon as they can. Sometimes they are slightly out of district, or involved in a project, and they arrive later than other members and miss the first out apparatus. When sufficient resources are en route these firefighters might stage or remain on standby at station. Since they did not take apparatus to proceed to scene, Responserack assumes that anybody NOT on an apparatus remained "At Station".

Any responding member defaults to "At Station" unless they are marked as on an apparatus. See "At Station" below. 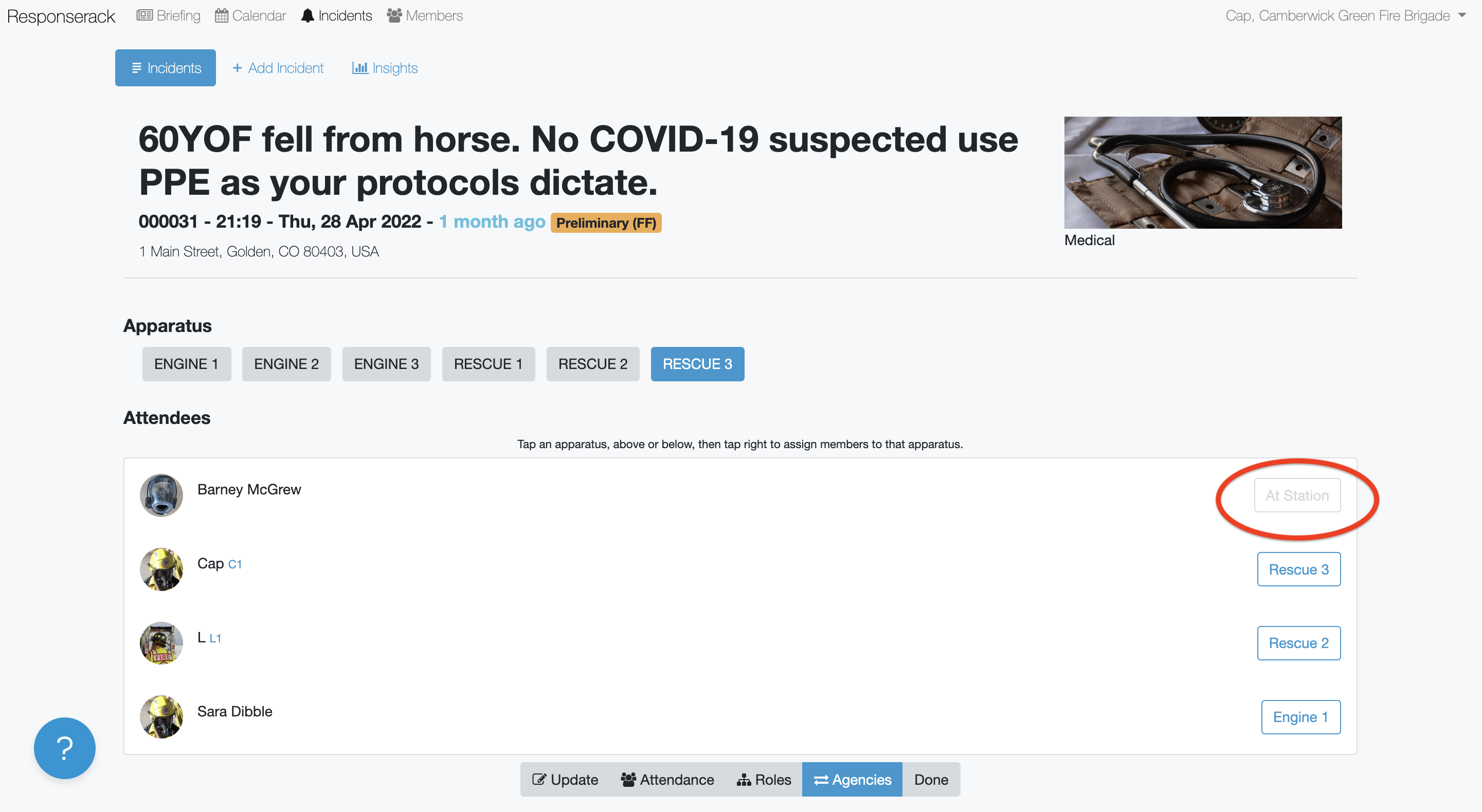 Additionally, or alternatively, you can explicitly set the "On Standby" role. This is not required but if it feels clearer to be explicitly, you can set this role. If firefighters were staged in an apparatus, but not on scene, they'd be good candidates for this role.

Did this answer your question? Thanks for the feedback There was a problem submitting your feedback. Please try again later.